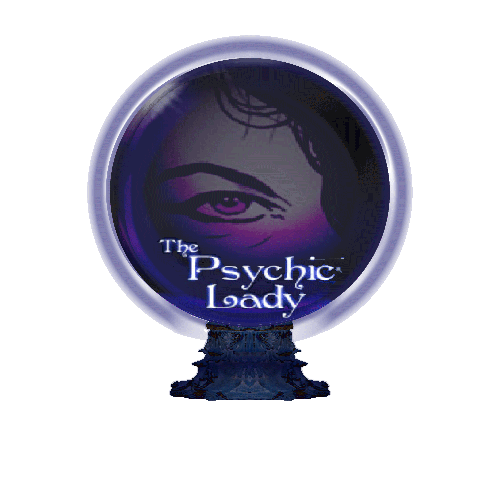 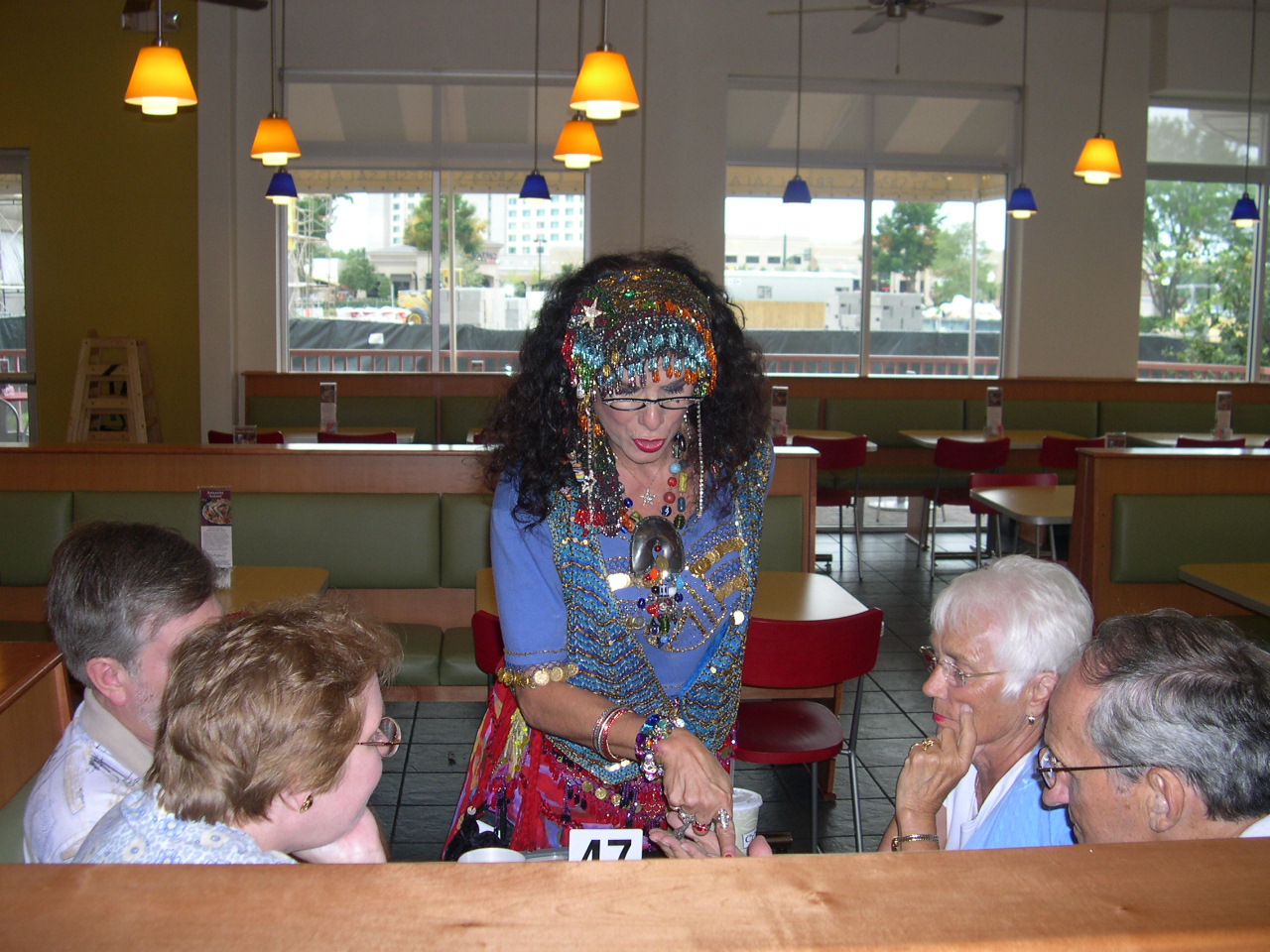 One of Natasha’s specialties, Energy Reading is a form of psychometry, which means “to touch.” For most readers, Psychometry is used to handle objects, such as a piece of jewelry, in order to feel what the connection is to the owner. When quite young, the Orlando psychic entertainer watched one of her grandmothers touch objects, and then she would see visions, similar to how aura readers see colors. The Psychic Lady likens sensing energy to what aura readers sense: it’s a vibration. Natasha, The Psychic Lady began feeling the energy of people versus sensing vibrations from objects came about as an “oops.”

The Orlando psychic entertainer was using a “fake crystal ball” (which was actually an upside-down fishbowl filled with colored lights) as a prop at a theme park nightclub (their direction, not hers). When the Talent Coordinator wandered by, he whispered to Natasha, The Psychic Lady that the ball no longer fit the club’s image. At the time of the conversation, the Orlando psychic entertainer happened to be touching a guest’s arm. Almost at once, she received visions of that person’s emotions and segments of his life.

Many thousands and thousands of guests later, Natasha finds this method works wonderfully as party entertainment in environments where the lights are dim, where a band isn’t shredding the audience’s eardrums, where the number of guests would be overwhelming to read within the party’s time frame, and where she has to read quickly to people waiting in a queue line. This type of reading can be stand-alone or used to supplement another type of reading. Teens are especially receptive to being read, and to be guided to read one another during a group gathering. Like the palm and tarot reading methods exclusive to Natasha, The Psychic Lady, reading energy can be done with couples or two close friends or family members.

Many thousands and thousands of guests later, Natasha finds this method works wonderfully in environments where the lights are dim, where a band isn’t shredding the audience’s eardrums, where she has to read as quickly as a minute in a queue line, or when she is reading people who she senses are receptive and metaphysically open. Reading energy is her favorite modality for children, but she finds it works quite well for couple readings or individuals who have some emotionally-charged situation in their lives.

One downside to reading energy is that for someone sensitive to other people’s physical pain, as is Natasha, the Psychic Lady, the very act of reading can cause her discomfit. She purposely chooses to block out negative energy, instead focusing on what she senses and then converting those images into a positive spin. Even as party entertainment for more than 30 years, she is always surprised when a guest tells her it’s OK with them if she reveals some negative secret or future foreboding. It may be OK with the client, but it is not OK for Natasha, The Psychic Lady. When engaged in reading energy, she looks to offer an avenue of hope.